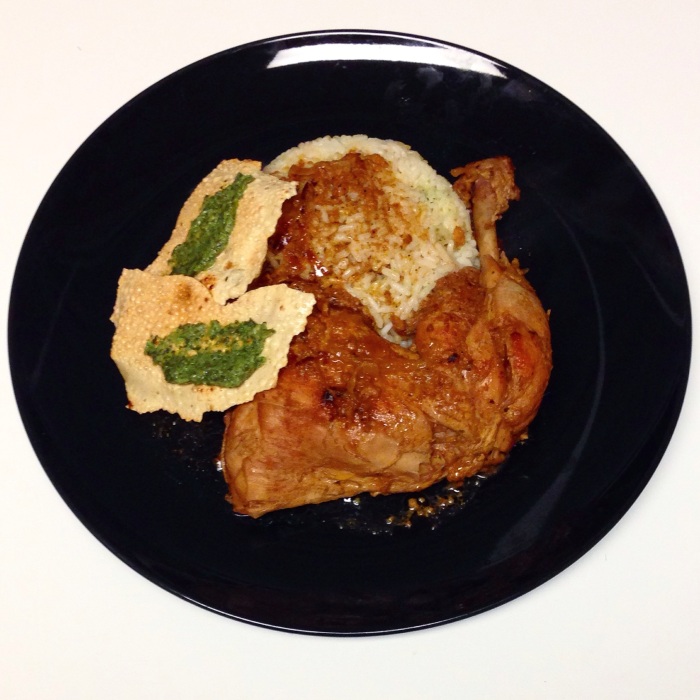 Last night, I had my first experience cooking Indian food. I have to say, I’d never even really tried Indian food until about a year ago, and I was very intrigued by the different flavors and spices- most of which were foreign to me! A few weeks ago, while visiting Ryan’s family in North Carolina, my in-laws took me shopping for Indian food and spices that I could use… I know, they’re awesome! ☺️
I took a whack at Chicken Masala in Yoghurt sauce last night and it turned out great!
I feel like a had training wheels on because I used a pre-made spice packet and just followed the directions, but man I need to get more! It made the dinner very simple to make and semi-homemade.. And delicious! This is the spice packet (and recipe) I used: 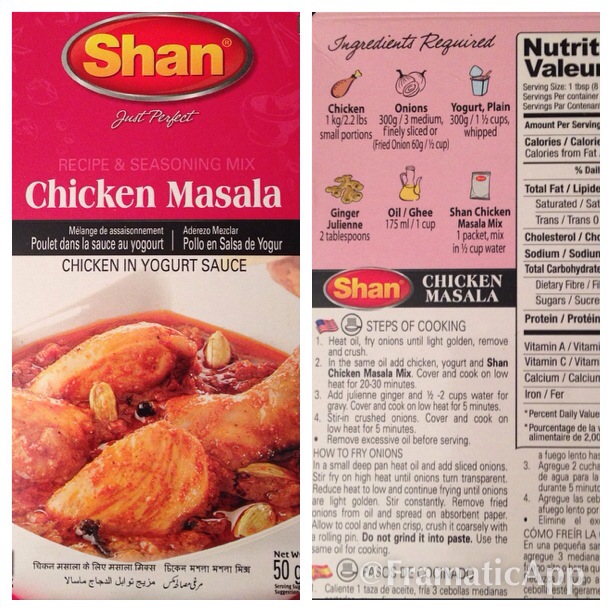 To accompany the chicken, I made some rice and some poppadoms, which I have recently been told are just called poppads!😁 I would describe them as an Indian crispy flatbread- great for dipping in different sauces/chutneys. My favorite is the coriander chutney- I love cilantro!

I cooked the rice in chicken stock to give it a bit of flavor and I threw in a bit of the coriander chutney.

Most of these things I wouldn’t normally have in my pantry, but it’s definitely worth the trip to buy and add to your stock!

The round two recipe on this is pretty bomb- I definitely suggest checking it out !

A little about my style…

As you will see, some of my recipes and dishes that I post don't have exact measurements or strict instructions. This is because I don't often cook with recipes, myself... I just try to cook what I feel! I try to approximate amounts, but feel free to adjust ingredients to your taste! Anyways, the format in which I share what I cook is conversational- I write the recipes and stories down in the same manner I would relay them to any of my friends and family. So please let me know if you have any questions about anything- I'd be more than happy to help! <3 Pao
%d bloggers like this: